Shimoga was known as Mandi in the past and there are many legends regarding the evolution of the name Shimoga or Shivamogga. One legend goes that the name of the city Shivamogga is directly related to Lord Shiva, the Hindu God. The origin of the name Shivamogga is found to have been derived from Shivan-Moogu or the flowers offered to Lord Shiva and Siva-Mukha which means the face of Lord Shiva. Another legend denoted the fact that Shimoga has been derived from Sihi-Moge meaning sweet pot. This legend is of the view that there was once an ashram belonged to the sage named Durvasa. Durvasa boiled sweet herbs in an earthen pot in his ashram and this earthen pot was found by some cowherds, who enjoyed its taste, thus the name.

The impressive fact about Shimoga is that this city showcases a proud history that is about 2000 years old. It is believed that people used to live in this city before the pre-historic times and this is evident from the huge occurrence of Iron Age Megalithic, Neolithic and the cultural remains of early history excavated in the year 1996 at Guddemaradi which lies at a distance of 2 kilometers from the city of Shimoga. 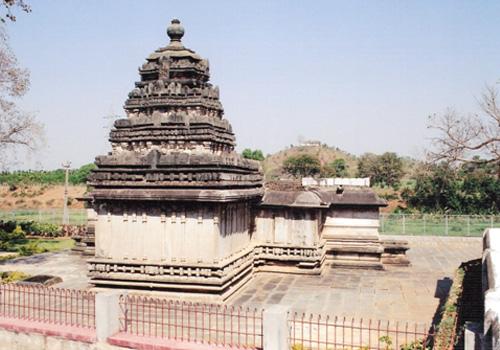 One can find historical remains of Shimogan people at the Guddemaradi site
The city of Shimoga has a very colorful and long history that dates back to the 3rd century AD. In the 3rd century AD, Shimoga was under the control of the Satavahana dynasty. In the 6th century, Shimoga was an important part of the empire of Chalukyas at Badami. Santara Deva, the Jain chieftain ruled the city of Shimoga in the 7th century. In the next century, Shimoga was found to be ruled by the Rashtrakutas and then it passed on to the Hoysalas who ruled the city in the 11th century and then in the 14th century, Shimoga became a part of the Vijayanagara Empire. Next the city passed on to the Keladi Nayakas in the 16th century and in 1763 it was annexed by Hyder Ali of Mysore. The British defeated Hyder Ali in 1799 in the Battle of Srirangapatna. The rest of the history of the city of Shimoga is shared by the history of India that is known to all.