Shimoga city is one among the famous city in the state of Karnataka and it has been locally known as Shiva-mogga. The name of the city has been derived from a term Shiva-Mukha that means the "Face of Shiva". Shimoga's real beauty is portrayed through various bounty-landscapes that are dotted with waterfalls and paddy fields. Shimoga is present at a distance of about 273 kilometers from the southwest region of Bangalore.

The whole Shimoga city is bounded up by the Chikmagalur districts on the southeast, Haveri on the northeast, Davanagere on the east, Udupi on the southwest and the North Canara on the northwest. The city is also called as the rice bowl for the state of Karnataka. Shimoga has seven taluks namely, Sagara, Shimoga, Thirthahalli, Hosanagara, Shikaripur, Bhadravathi and Soraba. Shimoga has the perennial rivers namely, Sharavathi, Tungabhadra, Varada and Kumudavathi which help in making the Shimoga a lush green city. The power needs of Shimoga is sorted out by the Sharavathi Hydel Project and the Varahi project.

Shimoga was once ruled by Indian dynasties of the Chalukyas, Kadambas, Gangas, Hoysals, Rashtrakutas, Keladi Nayakas and the Mysore Maharajas and got its independent identity during the 16th century by the Keladi Nayakas. At present, Shimoga is the most favoured tourist destination in the state of Karnataka. Shimoga is very rich in terms of education, culture, fine arts and much more. 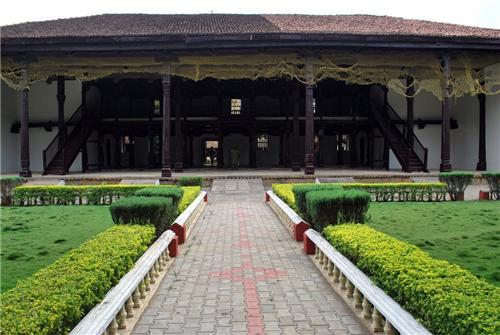 Tours and Travels in Shimoga

Shimoga has many temples, falls, palaces, monuments and much more. The tourist places in Shimoga can be an adventurous one as most of them are surrounded by mountains all around. The parks and gardens in Shimoga are maintained in a very good condition. The historical monuments and the forts that can be found in Shimoga portrays the tradition, culture and architectural brilliance that existed in the older times. Jog falls is a popular spot in Shimoga, as people love to drench in the cascading water that rushes from the mountain top. 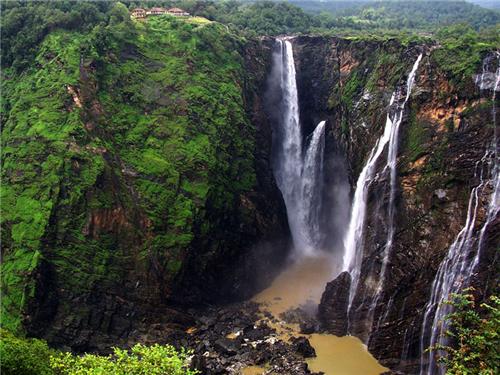 Shimoga celebrates many festivals; not just the local ones but from the other districts in India as well. Dasara is the most celebrated festival in Shimoga, during which the entire city is marvelously decorated with flowers and lights. The Dasara festival takes place continuously for ten days and many cultural programs take place during these days.

The Kodachadri Vybhava festival is celebrated during the mid half of the year and it takes place up to seven continuous days. This festival encourages small-scale industries that are known for agricultural products, traditional crafts and local cuisines. One can purchase the ethnic village products, traditional handicrafts and other household items in the Kodachadri Vybhava festival.

Marikamba Jatra is yet another festival that is celebrated in honor of Goddess Marikamba. Thousands of people visit Shimoga in order to pay their homage to the Goddess Marikamba. All the festivals that occur in Shimoga depict the culture and tradition that is said to be followed by the local people in one way or another.

Shimoga has plenty of tourist attractions. Many people visit Shimoga in order to witness the Jog falls that is said to be the highest natural waterfall. Apart from this, there are other interesting places in Shimoga and which are as follows: 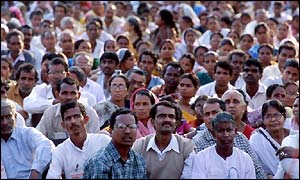 The literacy rate among the population in Shimoga is 88.02% which is a good sign of a developing city

The climate of Shimoga is tropical wet and dry and during the summer season, an average temperature of about 20 to 35 degree Celsius can be found. During the winter season and during the early parts of the summer season, a dry climate can happen. The rainfall in Shimoga city occurs between the month of June and October. As Shimoga is surrounded by hills, the rainfall in the city is high and one can witness lush greenery all around the city. During the year 2012, Shimoga city was declared as the Worlds Heritage site.

Shimoga is the most beautiful city that has depicted the culture and tradition in each every product that is manufactured from the industries. People tend to follow the culture in a very good way and one can witness a rich cultural heritage even in the dressing sense of the people who live in Shimoga city.

The malls and the markets in Shimoga are great for shopping along with the local markets, which is highly preferred by the tourists as they can get cheap and valuable products. Shimoga is very famous for its handicraft products and the jewelry that can attract any women. Shri Lakshmi Galaxy and Vikram Collections are the famous shopping malls in Shimoga. Shimoga is also known for the sweets that are unique in terms of shape and taste.

Shimoga city is well connected with the nearby cities and other States of India through roadways and through the railways. The transportation system in Shimoga has been maintained well by the State Government of Karnataka, which has made the people to reach the nearby places very easily through any type of transport facility. The city is said to be active even during the late night and the local people prefer to make use of the bus services and the auto rickshaws to move in and around the Shimoga city. The tourists who visit Shimoga all around the year can hire a taxi or the auto rickshaws that can be affordable for their price rate.

Distance from nearby cities

Food and Accommodation in Shimoga

The local people of Shimoga are known as a die hard foodies and you can find many food joints in and around the city. The street foods in Shimoga is very popular real cuisine culture and food tradition that has been followed by the people of Shimoga for many generations.

The restaurants in Shimoga city are another examples to highlight the food culture in Shimoga. The restaurants are usually locate in the hotels which provides good accommodation options and other facilities to the tourists and for the local people. One can find hotels on every corner of Shimoga and some of the famous hotels in Shimoga are listed as below:

How to reach Shimoga?

The nearest airport to reach the Shimoga city is at Hubli, at a distance of about 165 kilometers. There are also other airports that are accessible from Shimoga is Mangalore Airport (200 km) and Bangalore Airport (275 km). An airport in Sogane is coming up soon and is just 6 Kilometers away from Shimoga.

Shimoga city has its own station and it has been well connected to Mysore and Bangalore by the regular trains. Berur Station is the nearest railway station which is at a distance of about 60 kilometers away from Shimoga city.

NH 206 connects Bangalore to Shimoga in around 6 hours at a distace of 274 km. Shimoga also has regular buses running up and down to near by cities like Mangalore, Udupi etc. There are also many luxury buses manufactured by private companies to reach Shimoga. The auto rickshaws and taxis are widely available all around the day. The tourists can hire the taxis to reach Shimoga city by road.